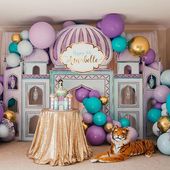 Creator of Fun Party Decor on Instagram: “I’ve been absolutely dying to share this party! Such an honour to help with the stylists own daughters party 💗 Jo from @ajweddingpartyevent…”

This image has get 0 repins. 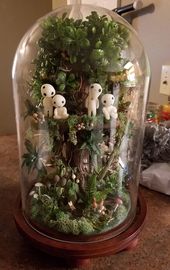 Hayao Miyazaki and his magical movies have inspired a lot of fan art (including Totoro cakes and Studio Ghibli tattoos), but this one is the first of its kind. One mom made a glow-in-the-dark Princess Mononoke terrarium, and the scene looks just as otherworldly as it did in the film. The 14-inch-tall terrarium with LED lighting was built for Kodama, Japanese folklore tree spirits that were also featured in the 1997 Studio Ghibli movie.

This image has get 6 repins.